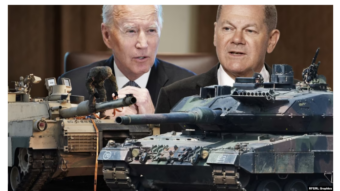 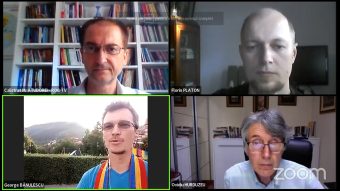 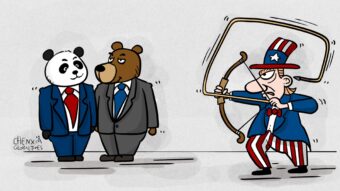 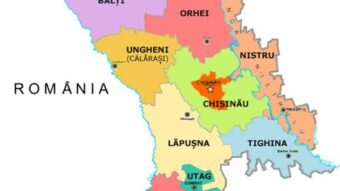 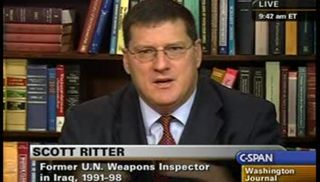 Daria Dugin – A sacrifice for eternity

The brutal attack by which Daria Dugin, the daughter of the great Russian philosopher Alexander Dugin, was killed on August 20, 2022, leaves behind multiple meanings. It is necessary to look carefully at this event which turns out to be much more than a gruesome crime. It is a moment that tends to become an important landmark of modern history.

First of all, starting from the investigations into the perpetrators of the crime, we begin to find out more and more clearly who are those who were and are so disturbed by the efforts of Dugin the father and his daughter. At the moment we already have indications that in carrying out the assassination there was a collaboration of the secret services of Ukraine, the United States, Israel, Great Britain and possibly from other countries as well. Given that the attack took place in Moscow, it is not excluded that agents of the Western services infiltrated within the ranks of the Russian secret services were also involved. All these trans-national operations take place, of course, against the background of the conflict in Ukraine. For those who still have even a grain of lucidity, it is obvious that this confrontation represents something completely different from what the mass media in the Euro-Atlantic area is trying to convince us. It is by no means about an „unprovoked and unjustified” aggression of the Russian Federation on Ukraine as a sovereign and democratic state, but as Daria Dugin herself explained shortly before her death, it is about a confrontation between Globalism and Eurasianism.

The attack most likely targeted both the father, Alexander, and his daughter, Daria. But at its basic purpose, the attack sought to block the ideas that the two – father and daughter -, supported by an entire school of thought, were disseminating in the consciousness of millions of people all over the world. It is necessary to realize that Alexander Dugin was (and is!) extremely inconvenient for the Atlanticist hegemony because he is much more than a political analyst. He is a creator of political and philosophical systems, a man of great intellectual and spiritual depth, a model who motivates and enlivens the masses. And Daria Dugin was (we still haven’t gotten used to the idea that she is no longer) a collaborator and a brilliant continuator of the lode of ideas and actions opened by her father.

I met Daria three years ago, in 2019, at the Chisinau Forum, organized by our mutual friend, the eminent patriot, political scientist and writer, Iurie Roșca. I was impressed by the erudition, eloquence and depth of Daria’s speech, but equally by the grace and tenderness emanating from her very presence. Daria was a very important support for her father. Both from the point of view of the dialogue and awareness needed to develop some concepts, as well as a precious participant and organizer of certain events. There were events that strongly awakened people’s consciences and souls and at the same time generated wide currents of ideas.

Let us now observe, from another perspective, that those who really started the conflict in Ukraine are fundamentally not the Ukrainians themselves, but those who have taken control of the administration in Kyiv through corruption, blackmail and coup d’état. They are also the ones who twisted the minds of a large part of the population of Ukraine, especially the one in the west of the country. And these shadow intriguers are none other than the puppeteers of the globalist system who have been cynically using the United States of America for decades. Only the naive have not understood until now that the USA has become the armed arm of the globalists, as the leading country of NATO, but also the seat of the most dominating institutions in the world: economically (WTO), financial-banking (World Bank, IMF, Federal Reserve Bank), on the field of international „cooperation” (UN) or on the line of global „health” (WHO). Ukraine, in its turn, came to be used as a servile tool of globalist plans to maintain a facade of unipolarity. Unipolarity which, if it could have been maintained, would have served the most important goal of the globalists, namely the establishment of a planetary dictatorship in the form of a World Government. This would necessarily involve bringing Russia to its knees and stifling the awakening of the formidable civilizational potential that Eurasia has, as the core of the world’s continental space.

For these nefarious purposes, all the forces that could be mobilized were and are still being used in Ukraine without any restraint, including neo-Nazi elements that indulged in atrocities hard to imagine for the common people. It is significant in this regard that the young Daria Dugin was already placed on a list posted on the Internet, on a site sarcastically called Mirotvorets , „peacemakers”. In their insane vision, peace means suppressing those who do not align with their neo-Nazi goals. That is, assassination by any means. And for this purpose Mirotvorets further publishes, for the use of the collaborators, the personal data of the „targets”: name, address, telephone number, date and place of birth, e-mail address, social media account… anything that can contribute for the achieving of the assassinations. We note with disgust that the killing of this innocent young woman was an occasion of great satisfaction and demonic joy for these neo-Nazi sadists.

On the other hand, the very fact that the respective military, paramilitary and intelligence services, subordinate to the globalists, resort to such abominable crimes shows nothing more than their desperate fierceness to stop the ideas and concepts that Alexander Dugin has been building for decades. An effort in which the father benefited in recent years by the substantial support of his daughter, Daria.

Why are Alexander Dugin’s ideas so „dangerous” for globalist psychopaths? Because they awaken people to reality, because they make them truly understand the dynamics of history, the lines of geostrategic action, because these ideas bring the masses out of ignorance and give them the support to act in order to establish international equity. The globalist octopus that has engulfed humanity with its tentacles aims to keep people in a state of idiocy, of chronic physical and mental illness, of constant fear and tension. Globalist exponents such as those of the World Economic Forum (which is preparing the Great Anti-Humanist Reset), of the World Health Organization (which is actually instrumentalizing the planetary Genocide) or even those of the UN (which insidiously promotes the tyrannical Agenda 2030), they work systematically to establish in plein sight, officially, the World Government. All of them are aware that the system of „liberal democracy”, built on a mountain of lies and deception, is on the verge of collapse. And now they urgently need disastrous crises and „scapegoats” to blame. Changing the weather, cow flatulence, talking about elementary concepts like „mother” and „father”, belief in God or refusing to be chipped, injected with nano-tech poison and refusing to be exposed to the criminal 5G radiation, all these and more have become for globalists major problems of humanity, totally intolerable. But the most slandered „culprit” at the moment is, of course, „Putin’s Russia”, which would threaten the security and economy of the whole world.

In this context of intensive programmatic induction of a state of collective psychosis, Dugin’s ideas about normality, tradition, multipolarity, about the levers of action of the Atlanticist hegemony or about the civilizational spaces that constitute the natural source of the poles of power worldwide… were considered as absolutely undesirable. The globalist ideology seek, on the contrary, to uniform and mix peoples, races and ethnicities, to keep the world’s population in crass ignorance and in obedience. Globalism aims the uprooting of traditions, the severing of the sacred bond of people with God, and even the denial of Divinity’s existence. This is essentially why the activity of Alexander Dugin and his associates terribly disturbs the plans of globalist psychopaths. Along these lines, the assassination of Daria Dughin took place immediately after an enthusiastic congress that valued Traditions, that pushed for the restoration of nature, that reiterated the connection to the religious and spiritual sources of civilization.

Now, having received a new and unfortunate proof of what irritates the dark secret societies, who want at all costs to subjugate and even exterminate us, we are all the more aware of the pressing importance of the values ​​for which Daria’s life was taken. We have no other way but to continue the fight of Daria and of all those who understand that mobilizing in the defense of our basic landmarks is the only chance to save humanity. We are already in a life and death war with these ante-walkers of the Abyss. Our passivity would inevitably lead to our destruction. Those who realize this and engage in firm action deserve all the admiration and respect.

From this perspective, Daria Dugin is a heroine of history. Not only because she highlighted the existential threat in which the Russian Federation now finds itself in terms of military security and as the last bastion of Christendom in the world. Daria Dugin is also a model for the entire international community of those who aspire to live freely and in dignity. For this reason, Daria’s memory must be honored and valued at a high level from now on.

Perhaps now we are too close to this tragedy to fully perceive its true relevance, but after some time we will realize more clearly that Daria Dugin stepped into the archetypal realm of those who sacrificed everything for our common Ideals and for God. Daria is a modern hero who fought not with a weapon in hand, but gave us her personal example in bringing the Light, the Truth, the Courage and the charm of an angelic presence into the lives of so many people.

President of the Forum of Non-Aligned Countries in Romania

member of the Union of Professional Journalists from Romania